Increased global and transnational connections are leading to the creation of new professions and to important changes in how people carry out their work. Just as the manner in which students engage with knowledge is changing in the classroom, so is the relationship of their studies to their future lives and careers. The Global Professions, Global Action lecture series brings distinguished speakers from a variety of professions and areas of engagement to UCR to share their experiences and ideas on how their work, conceptions of the world and professional paths are changing. 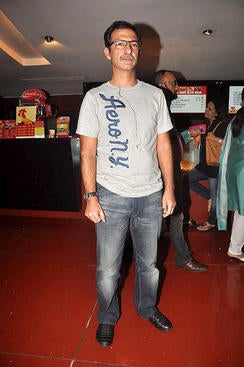 The Department of Media and Cultural Studies in collaboration with the Global Studies Program’s Global Professions/Global Action Speaker Series invites you to join a conversation with Habib Faisal, the award-winning Bollywood screenwriter, and director. Faisal will be engaging with students and offering his analysis on the paradoxical tendencies of the “de-gentrification” of Indian cinema even as Bollywood’s global approbation and distribution reach new milestones.

Faisal is best known for his directorial debut, Do Dooni Chaar (2010), and for his second film, Ishaqzaade (2012), which received a very positive response from critics, and became a worldwide box-office hit. His oeuvre marks a turning point in Bollywood cinema. Not only does it challenge post-globalization Bollywood’s conventions of featuring only affluent and urban Indian middle classes by moving the action to small towns and semi-urban locales, but it also explores the gritty realities of what it really means to be middle class in India.